The Part 19 of the DICOM Standard defines an application programming interface (API) between two software applications - Hosting System and Hosted Application, both applications exchanging medical data while located on the same system.

The Hosted Application (Application) is an application launched and controlled by a hosting system, which may also utilize some services offered by the hosting system. Hosted application processes provided medical data, potentially returning back some newly generated data, for example in the form of another set of images and/or structured reports, to the hosting application. 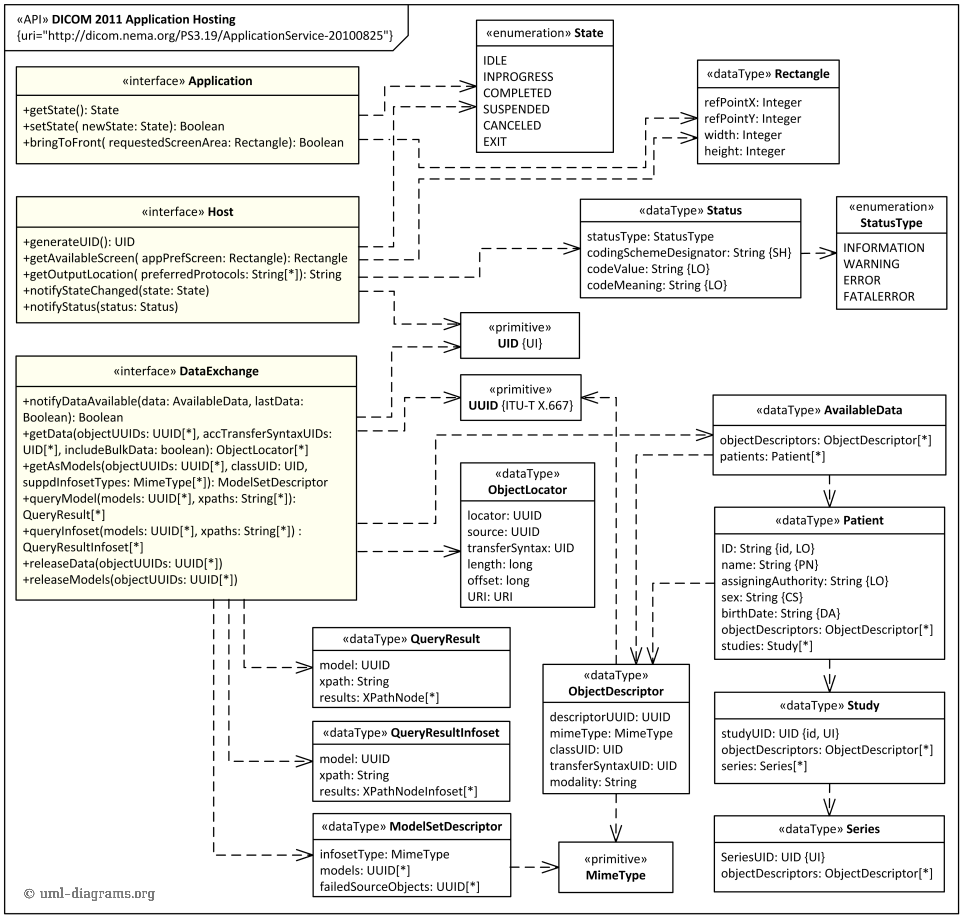 There are three interfaces defined by the DICOM Application Hosting API.

The DataExchange interface is an interface which is used by both the hosting system and the hosted application to exchange medical data directly or indirectly, and thus must be implemented by both. The data being exchanged between the hosting system and the hosted application can either be passed as files, or may be described in models that might be queried by the recipient. Model-based methods can work with a variety of models which can be either some abstraction of the data, or can be a model of some native format, including models defined by the DICOM Standard. Particular models are identified by a UID and described as XML Infosets, even though the original data might never be actually represented in XML form.