If someone ever wants to get brainsick and/or feel defeated, the easiest way is to try to comprehend the UML metamodeling approach which is used by OMG to describe UML.

The metamodeling approach means that "a metamodel is used to specify the model that comprises UML". This approach supposedly "offers the advantages of being more intuitive and pragmatic for most implementors and practitioners." Let's take a look at some details of the approach. 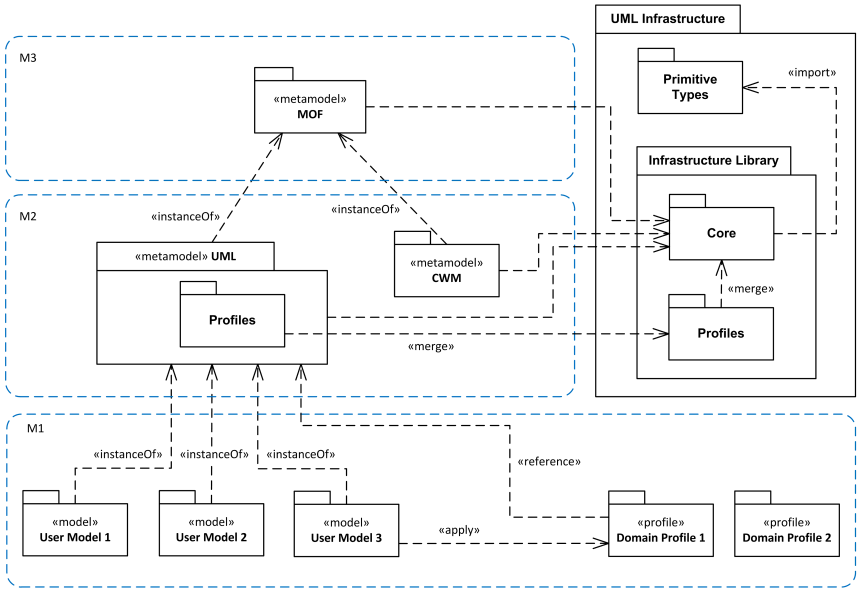 MOF is used as the meta-metamodel not only for UML, but also for other languages, such as Common Warehouse Metamodel (CWM). The UML Superstructure metamodel is specified by the UML package on the diagram above. UML is defined as a model that is based on MOF. Every model element of UML is an instance of exactly one model element in MOF. A model is an instance of a metamodel. UML is a language specification (metamodel) from which users can define their own models.