This is an example of UML deployment diagram which shows deployment of an application to Android.

Android is a software stack for mobile devices that includes an operating system, middleware and key applications. Android relies on Linux OS for core system services such as security, memory management, process management, network stack, and driver model. The Linux kernel also acts as an abstraction layer between the hardware and the rest of the software stack. 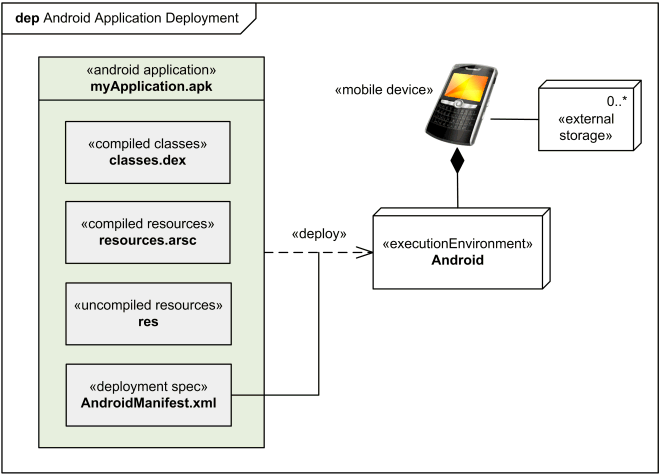 Example of application deployment to Android.

Android applications are composed of one or more application components (activities, services, content providers, and broadcast receivers). Each component performs a different role in the overall application behavior, and each one can be activated individually (even by other applications).

The manifest (deployment specification) file AndroidManifest.xml describes application requirements, such as the minimum version of Android required and any supported hardware configurations, and it also declares all components in the application.