Some examples (subclasses) of the namespace are: 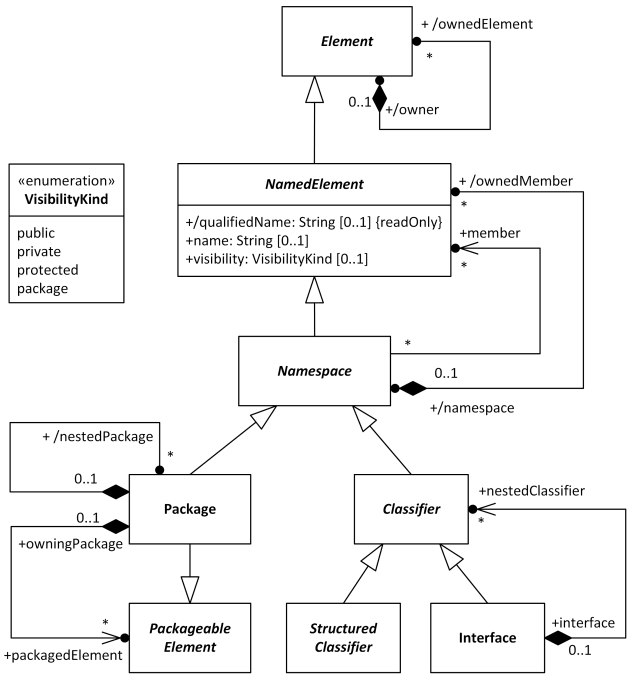 A named element may be owned by at most one namespace.

Elements could be imported into namespace either individually or all at once. A member can have multiple names in a namespace, if it is imported more than once with different aliases.

A namespace provides a way of identifying named elements by simple or qualified name. Imported elements could be referred to in the importing namespace without qualification. In the case of naming conflicts, qualified names or aliases should be used to distinguish the referenced elements.

Members of a namespace (owned, imported or inherited named elements) could be referred to by a composite name in the form:
namespace-name::element-name

One namespace could be enclosed into another namespace. Names that can be referred to unqualified within enclosed namespace include members of the namespace and all unhidden members of enclosing namespaces.

This rule may be overridden for particular cases, e.g. operations of a class are distinguished by their signature.

Namespace has no notation in its own right. Some subclasses define their own specific notation. See package, classifier, behavioral feature, state, region.